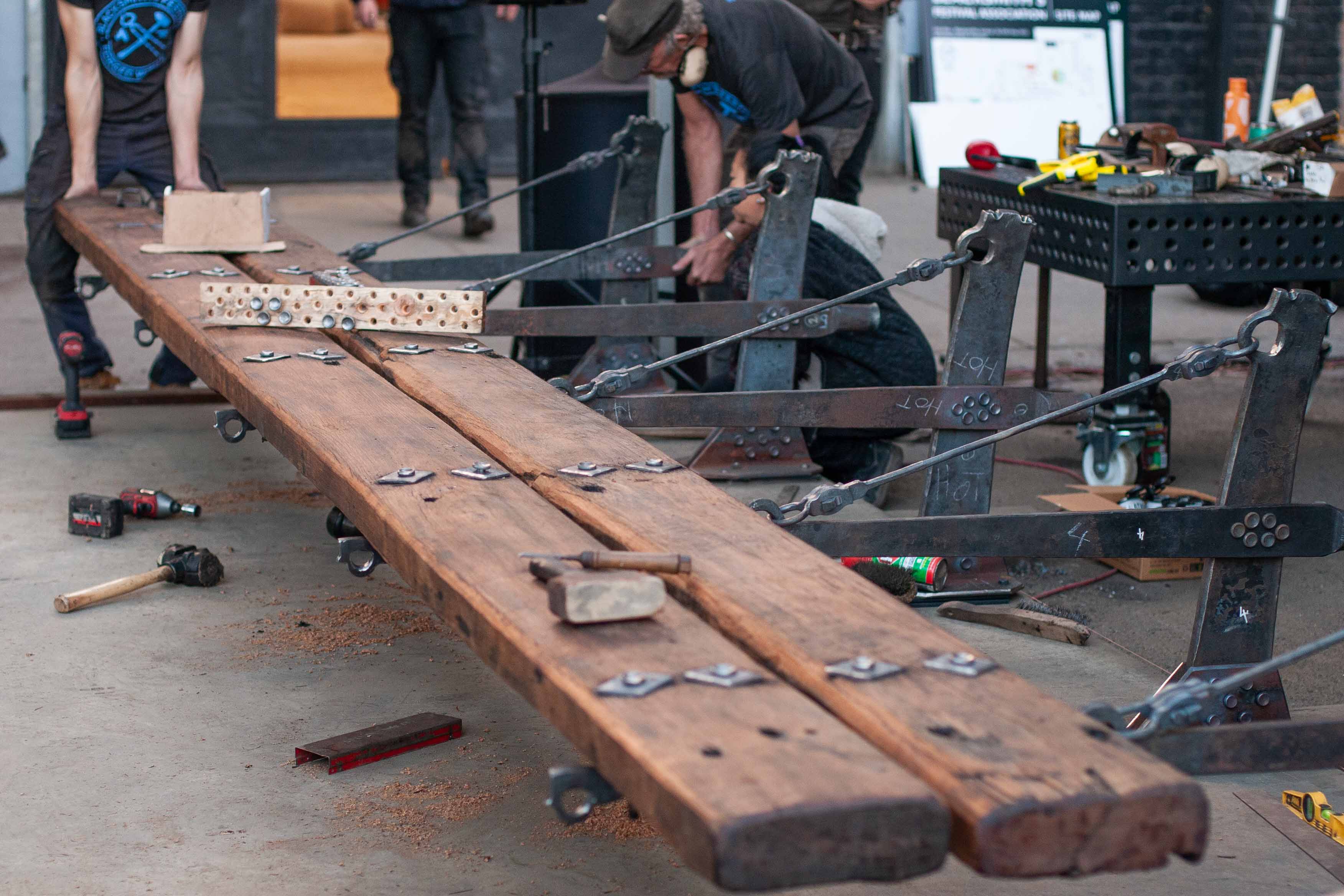 When the former wharf in front of Henderson House was dismantled, Waterside managed to salvage the original 60mm tie bars that anchored the wharf to the river bank and donated them to be incorporated in a collaborative sculpture, part of the biennial Blacksmith's Festival.

On the last weekend of May, thousands of people came and watched as Blacksmiths from around Australia forged a cantilevered seat. The seat was designed by Will Maguire and the tie bars were repurposed as the cantilever arms.

Once finished, the seat will become part of the public art landscape along the Maribyrnong River. 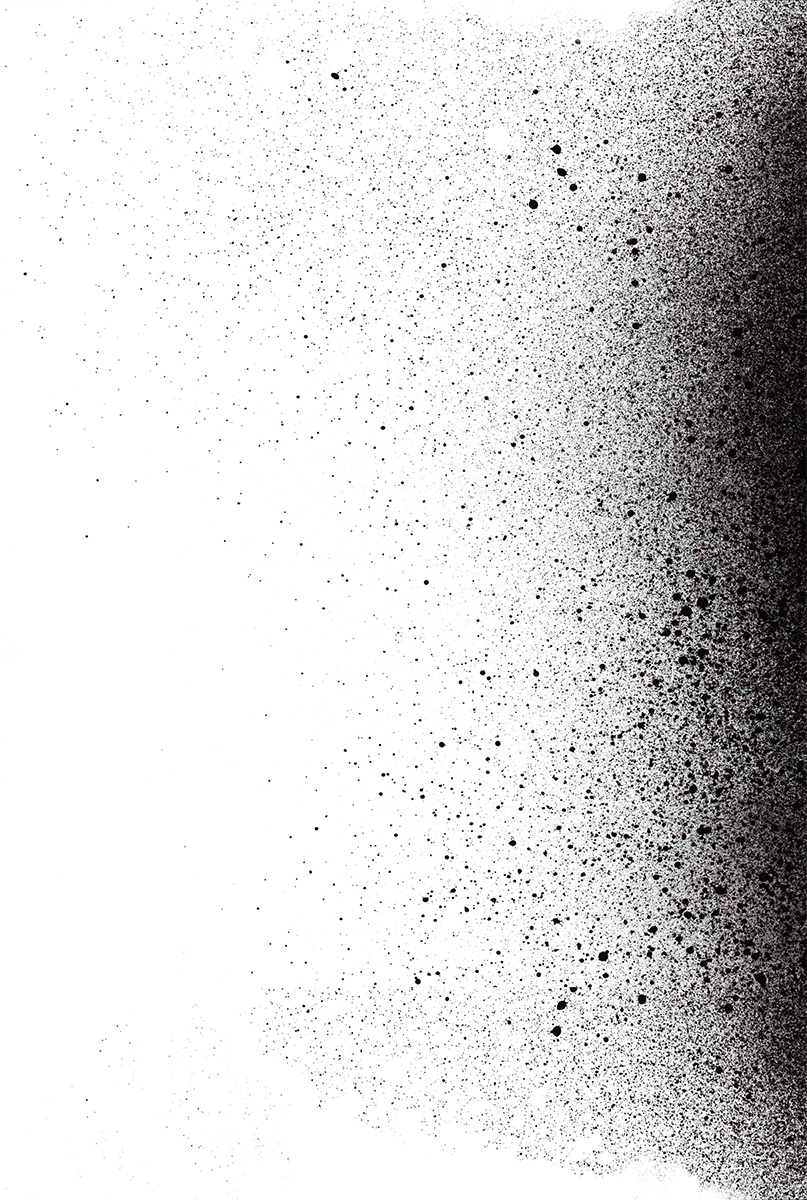 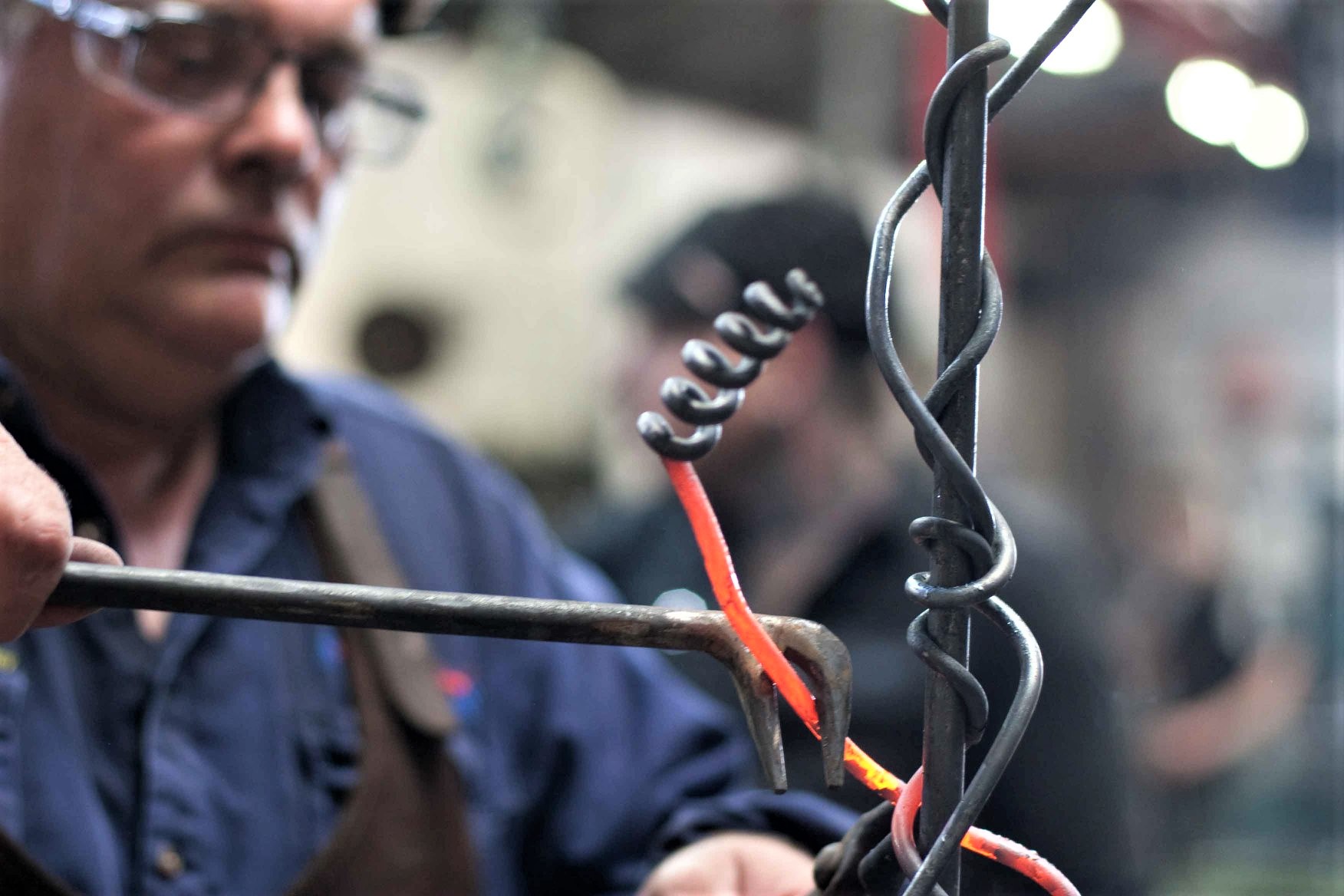